Twitter is the best source of news on the Internet but there’s no denying the fact that Twitter is both complex and confusing for most people. Unlike a newspaper website where you just open the homepage and read the news, you need to follow the right set of people before understanding the true potential of Twitter.

Twitter realises this problem and they are now trying to capture the audience that stumble upon Twitter just for catching up with news but may not be inclined to traverse the complex universe of Likes and RTs. Now when you open the Twitter homepage, they will show you to the top tweets across various categories without requiring you to sign up. The tweets are grouped in categories like Sports, Music, Food, etc. so it is easier than ever before to follow your interests. 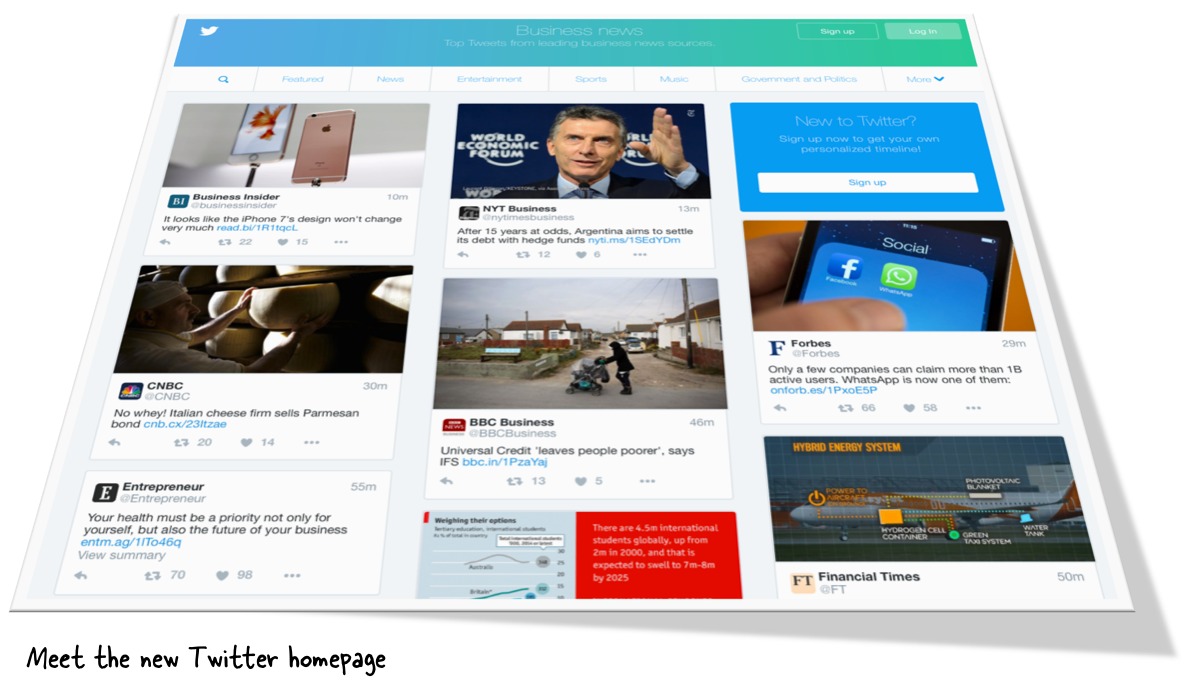 See the Top Tweets for any Category

The Twitter news feeds surface the top tweets for any category but, for some unknown reason, they have made these available only to users who are not logged into Twitter.

These semi-curated Twitter News Feeds are probably the best thing to have happened to Twitter in recent times. Content discovery has always been an issue in the world of Twitter but now you can easily find the top tweets for your favourite category without the chaos.

If you are curious to know how I found these Twitter feeds, the answer is web scraping and some trial-n-error. Also, I think Twitter is using geo-location to tailor the news feeds so if you are, say, in UK, your news feed links will be different from mine.