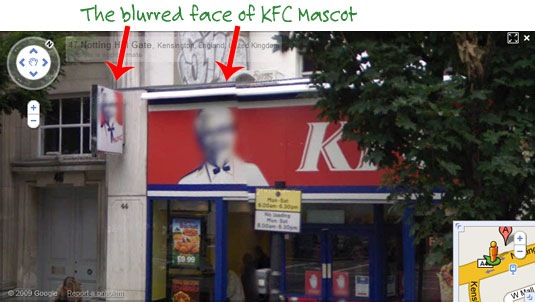 Google Street View has blurred (see here and here) the cartoon images of Colonel Sanders that are present on advertising banners outside every KFC restaurant in UK citing a very strange reason.

The privacy laws of UK require Google to blur faces of people on Street View to protect them from recognition and that led to the blurring of the KFC mascot since he too was “a real person.”

If that’s true, I wonder if they are also working to blur all those royal statues of kings, queens and politicians that adorn the streets of London like this statue of George Canning at Parliament Square in London.

Canning, like Sanders, was also a “real person” and he can be easily identified through this image on the Google Maps website. 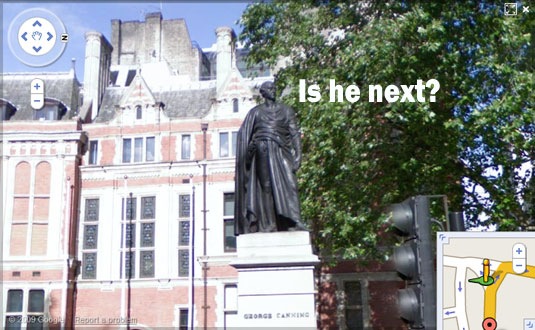