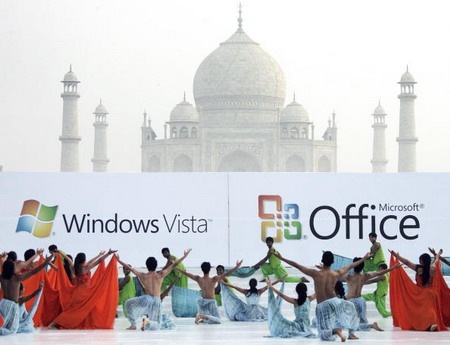 Microsoft organized a dance performance inside the Taj Mahal in Agra to celebrate the launch of Windows Vista and Office 2007 suite in India.

The problem is that the ASI has declared Taj Mahal as a heritage monument and no public performances are allowed within 300 meter radius of the structure though this troupe of dancers performed right inside the courtyard of Taj Mahal where cellphone and video cameras are also banned.

The Supreme Court is now asking some tough question to the Indian Government related to the Microsoft event and the company obtained permission. 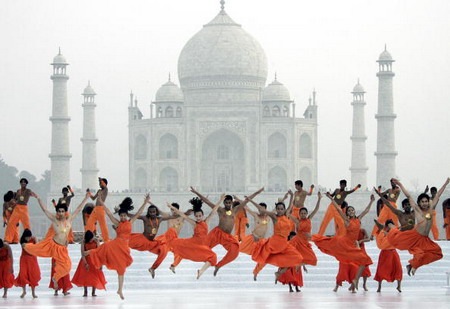