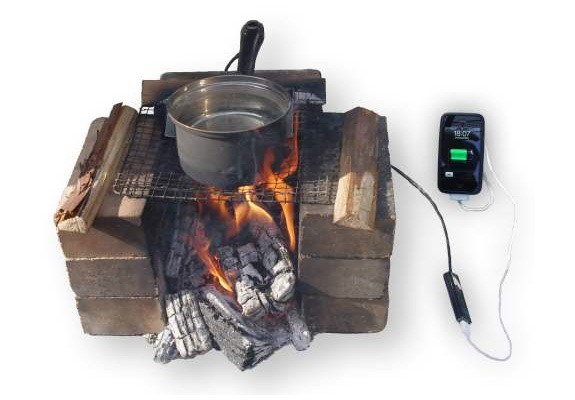 Here’s a device that could be useful to millions of households in India and elsewhere who have mobile phones but sometimes not get enough electricity to charge their phones.

TES NewEnergy, a company based in Japan, has created a new USB based charger that can charge your mobile phone without requiring electricity – all it needs is a heat source which could be as simple as a pan of boiling water or even a campfire.

The device, known as Pan Charger, converts heat into electric energy and that can charge any cellphone, MP3 player or other mobile device over a USB connection in 3-5 hours. The tech specs say that the USB connection also has a built-in radio and a lantern – things that you often need when there’s no power.

Pan Charger is already available for purchase in Japan according to an AFP report but, at $299 a unit, it is not a very affordable option. That could however change as the company does have plans to introduce the device in other developing countries.

Pan Charger isn’t the only device that can charge mobile phones without a power outlet. There’s Yogen, a hand-powered charger that works like a Yo-yo. You attach the cell phone to Yogen over USB and pull/release the cord for a few minutes to charge the phone.

The best idea however comes from Kenya. They have turned a bicycle into a mobile phone charger – ride your bike for a few kilometers, which most villagers do anyway, and your phone is charged.