This is the Acer Aspire Z5600 PC - an HP TouchSmart like all-in-one entertainment PC with a 24” touch-screen display, built-in TV tuner card, Blu-ray recorder, a 2 TB hard drive and the hardware is neatly placed on the rear of the LCD display. 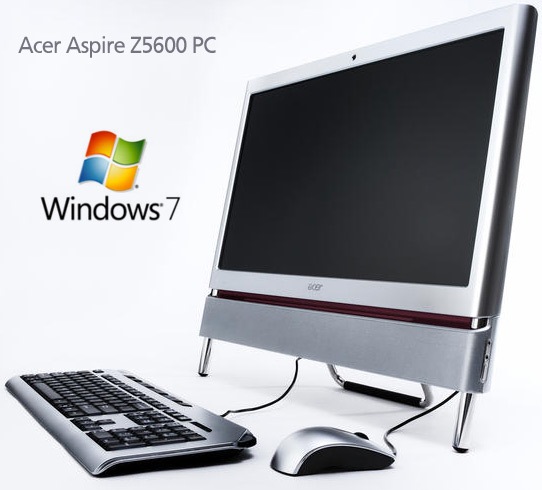 The Acer Aspire Z5600 PC will come loaded with Windows 7 and you can check some more pictures of the system at Engadget and Gizmodo.

Now an Acer UK executive has confirmed the official release date of Windows 7 saying that the Z5600 PC pre-loaded with Windows 7 will become available on October 23, 2009.

And if you buy a Windows Vista machine in the 30 days prior to the launch of Windows 7, you’ll be eligible for a free upgrade from Vista to Windows 7.

The first release candidate on Windows 7 will be available for download next week though the software is already up on the MSDN and TechNet site.