The developers of Camtasia Studio have launched Camtasia Relay, it’s a new software for educators and companies to record PowerPoint presentations or training sessions and distribute them in various formats.

Camtasia Relay has two components - the desktop client (available for Mac and Windows) that handles the recording part and a server component that produces this video recording in different formats like iPod, Windows Media, etc.

You press the record button your desktop screen to start the recording process. When you are done, stop the recording and the video is instantly sent to the server for further processing and distribution. 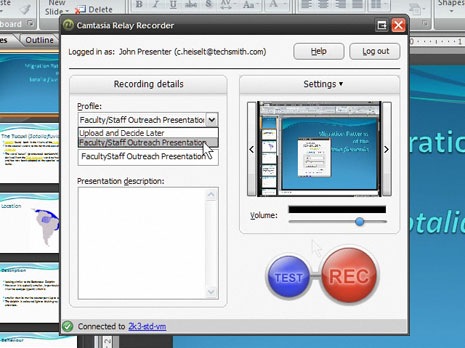 Unlike the desktop based Camtasia Studio, Camtasia Relay has a simple recording interface but requires a server (running Windows Server 2003) that takes care of producing and distributing your videos in almost real time.

Professors (see: iPod in University Classrooms) may use Camtasia Relay to record and post their classroom lectures on the web including iTunes as the software can create RSS feeds as well. In fact, you may choose to distribute the same video in different formats simultaneously as in the screenshot below. 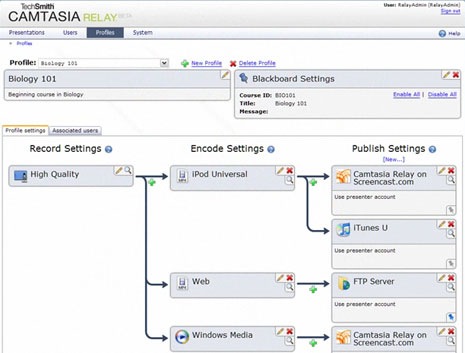 Camtasia Relay is free during the beta period. If you are a corporate or associated with the education industry, you may want to check this out.