Just hours after winning the race for the President of America, Barack Obama has created two new world records on Twitter and Facebook. 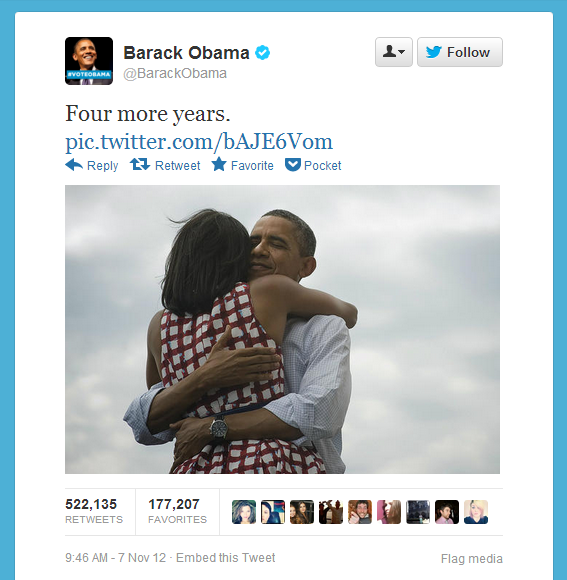 Four More Years - The Most Retweeted Tweet Ever by @BarackObama 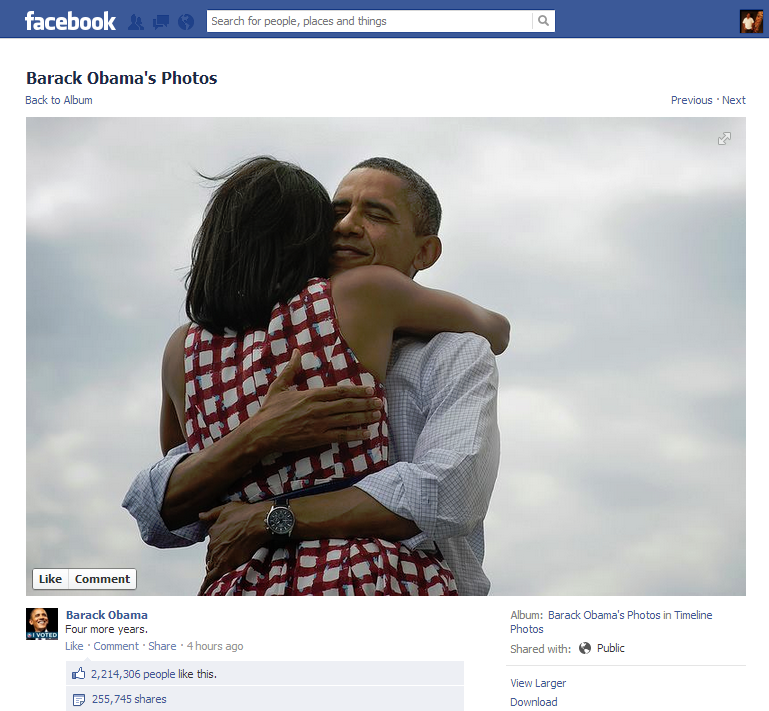 Obama’s team uploaded the same photograph on his Facebook page as well with a similar caption and that has become the most-liked photo of all time with over 2.2 3.2 million likes.

The Obama team is active on Google Plus as well but unfortunately, the page hasn’t been updated after the election results were announced.