When you play this 20 second clip, you might get a feeling that the people in the photographs are posing with a wax statue of Barack Obama at Madame Tussauds museum since the President is sporting a fairly consistent smile and has the same expressions in every frame of the video. 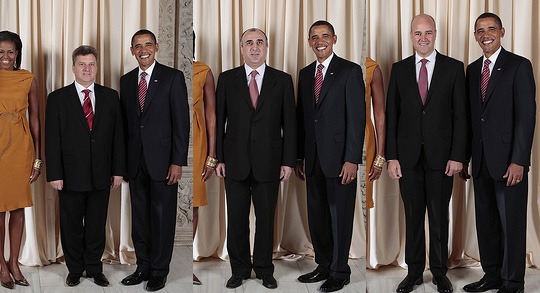 Well, that’s no wax figure or a cardboard cutout as he’s standing there for real.

Obama and First Lady Michelle Obama recently posed for around 135 photographs with UN delegates during a reception that was held at the Metropolitan Museum in New York City. Eric Spiegelman took these photos from the Whitehouse Flickr stream and turned them into a short time-lapse video.

The end-result is fairly interesting. The President has exactly the same smile in every single picture. Thanks Avinash Kaushik.