This illustration was created in early 2006 using logos of Web 2.0 companies that made headlines or were launched around that time. You can scan through the archives of TechCrunch to read more about any of these Internet start-ups.

Obviously, lot of things changed in the last three years - some companies got acquired, some became successful on their own while others went bust.

Meg Pickard of Guardian went back to the drawing board and updated the original Web 2.0 map to mark companies that either vanished or were acquired in these years. Here’s her updated version of the chart.

Web 2.0 Companies That Got Acquired or Vanished 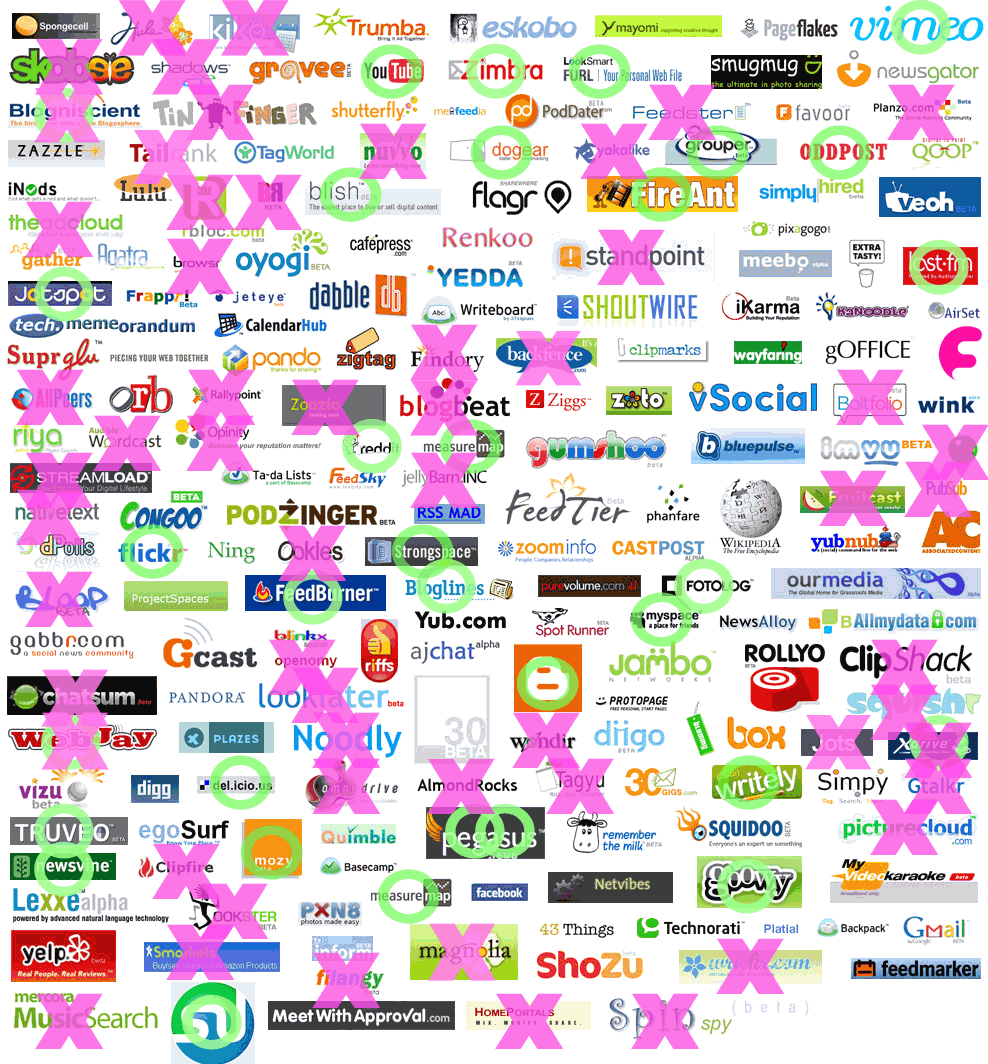 A pink cross means that the company is dead now while green circles mark companies that got acquired.

Obviously there are some companies like XDrive that were acquired but still closed shop so you see both a cross and circle against their logo. And two greens circles, as seen on the logo of Pegasus News, means that the company was acquired twice in the same period.