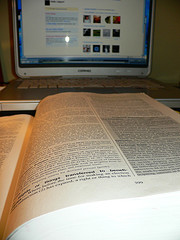 The finance ministry in consultation with tax experts is drafting the new Direct Tax Code which will be introduced in 2008. It will be placed for discussion in the monsoon session of Parliament and replace the existing Income Tax Act which has become so complicated with the amendments made every year that it could only be comprehended by tax professionals and practitioners.

The main objective of drafting the new code is to make the law simple and easy for taxpayers while bringing in major policy changes regarding corporate taxation, non resident taxation, SEZ exemption, EET method of taxation and many more. The powers of CBDT will also be restructured making it a policy making board in alignment with the tax boards of countries like UK, US and Australia. The whole emphasis would be to make the new code short and light by removing redundant provisions and complex tax jargon.

The income tax system has been in existence since time immemorial. Even Manusmriti and Arthshastra have mention of it. However, in modern India the Income tax came into existence in 1860 and since then many Acts have been implemented, the most important being Income Tax Act, 1961.

While the government efforts to make the tax laws simple and taxpayer-friendly are certainly commendable, only time will reveal how successful the new tax code will be in meeting its objective. But going by the track record (recently the new complicated ITR forms), one really doubts whether the benefits will flow to the tax professionals or the tax payers.