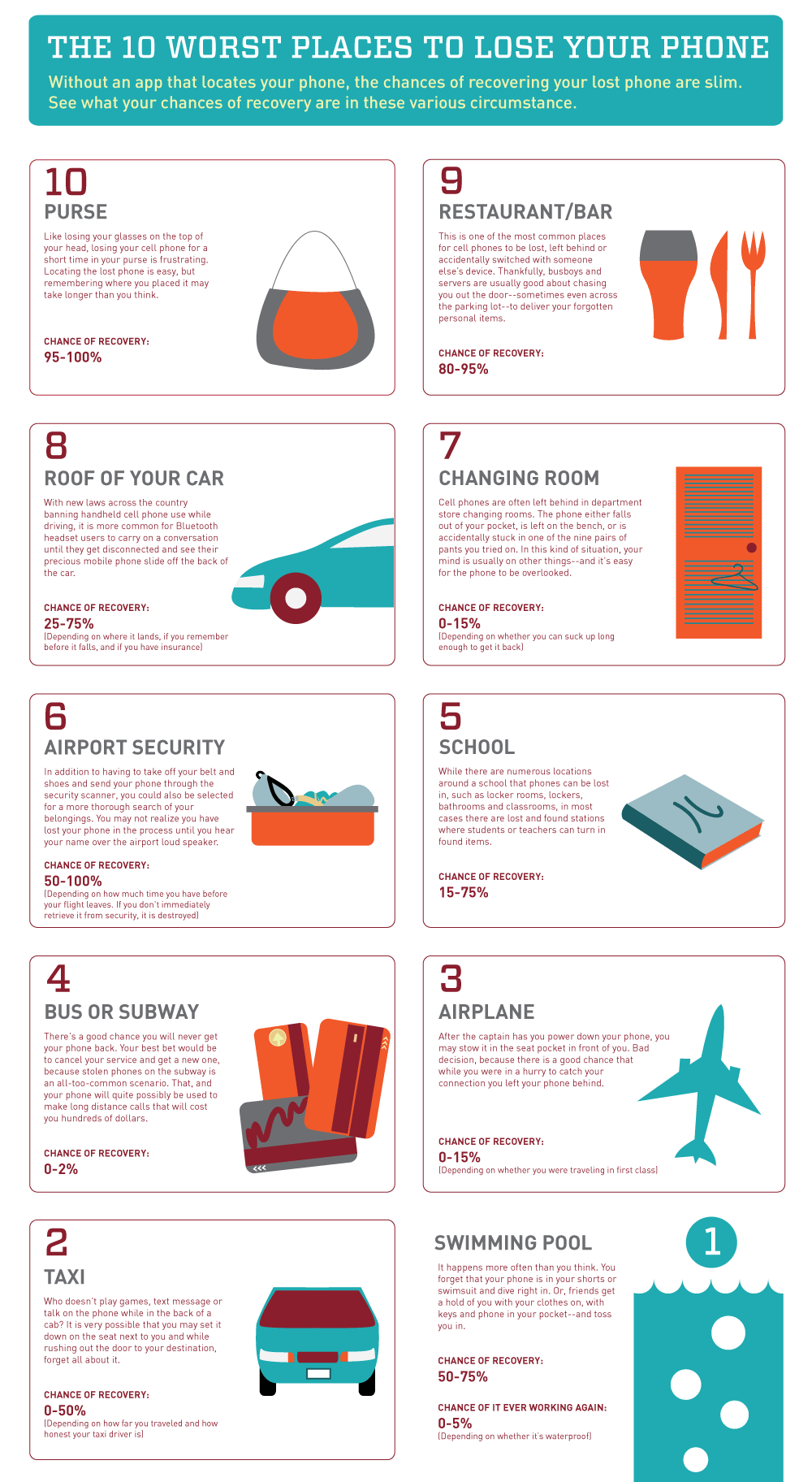 Where do People Lose their Mobile Phones

Lookout, a company that develops security and tracking software for mobile phones, has released a report illustrating the top ten locations where one is most likely to lose their cell phone.

Airplane seat pockets, buses, subway trains and the taxi seats are among the most likely places where people lose their cell phones and the unfortunate part is that the chance of recovering the phone in these places is extremely low. People also seem to forget their phones at the Airport security scanner but the recover chances are pretty good in that case.

Luckily, there are tons of free apps to help you locate your lost phone with GPS.